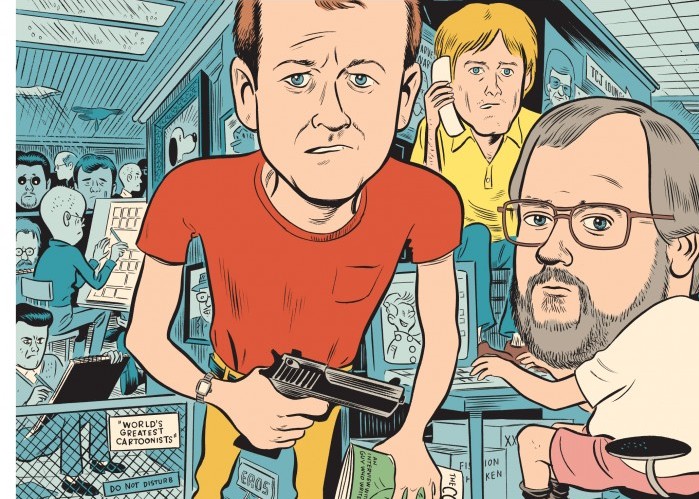 The evening’s first event was the “Punk Rock Readings”, starting off with Kembrew McLeod. McLeod is a professor of Communication Studies at the University of Iowa, and he also has a storied history as the “robo professor“. McLeod read from his recent publication in the 33 1/3 series, a book series that features different authors writing about influential music albums. His book focuses on Blondies “Parallel Lines“, an album that launched the proto-punk band into the big time with its mix of disco, pop, and rock. For the most part, McLeod’s reading was informative and interesting, without ever treading into a boring mash of facts. While not nearly long enough to cover the book’s content in full, McLeod’s reading was enough to interest the uninitiated reader in both the album itself, and in McLeod’s writing.

After his reading, McLeod introduced Lisa Jane Persky. Persky is perhaps best known as a photographer and an actress, and for her roles in films and TV shows like NYPD Blue, When Harry Met Sally, and The Big Easy. However, she was also intimately involved in the eclectic art scene of New York’s Greenwich Village in the ’60s and ’70s. Her reading was in collaboration with her photo show X-Offenders, showcased later in the week at The Englert Theater. It consisted of a sort of “day in the life” of her youth, as she recounted acting in the experimental theater scene in New York, attending rock concerts by bands like The Mumps and Blondie, and loving musicians and artists within Greenwich Village. Her reading was accompanied by a slideshow of photos, many of which are from her X-Offenders showcase, which helped visually contextualize the reading.

The next event of the evening was the interview of Gary Groth, creator of Fantagraphics Books. Groth is a pivotal figure in the comic scene, a 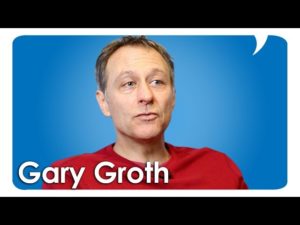 nd helped push literary criticism of comics to a higher level. The interview outlined the major arch of his career, from his early youthful obsession with comics, to his founding of The Comics Journal. With this publication, Groth was able to interview artists and cartoonists, discuss and critique the comics industry, and highlight lesser known “alternative comics.” As his reader base grew, he was able to start his own publishing company and began to publish major collections of the very artists he was interviewing. Fantagraphics has enjoyed success with major works like Ghost World, which was eventually turned into a motion picture, and The Complete Crumb Comics.

Williams and Creekmur, who conducted the interview, were clearly well-prepared and knowledgeable about their subject, which kept the interview provocative and interesting. By the end of the event, the crowd, which nearly filled the small theater, was opened briefly to ask some questions of Groth. Overall the event was informative and interesting, and despite knowing very little about comics, I found myself on a zealous Google hunt of the artists and writers that Groth mentioned in his interview.

You can check out McLeod’s book on “Parallel Lines” here.