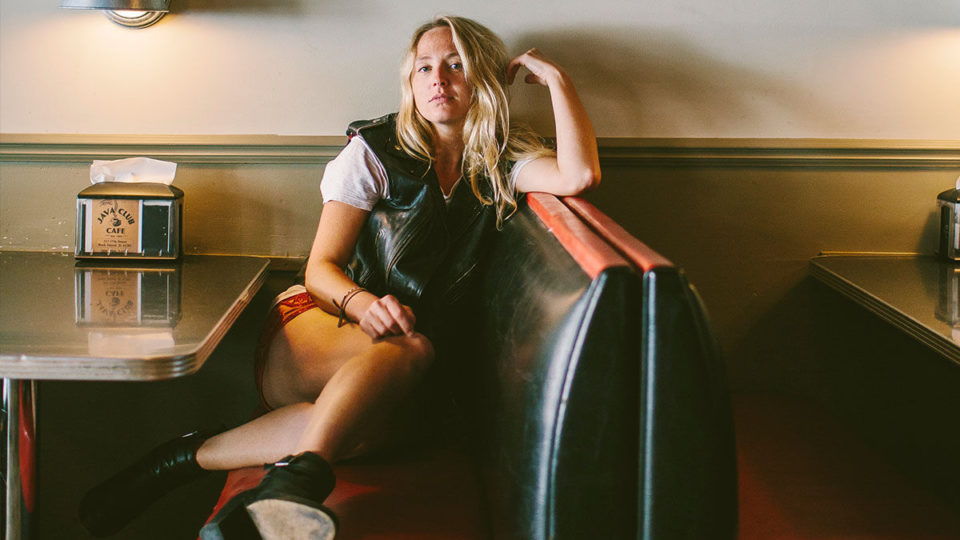 Rock Island native, Elisabeth Corrin Maurus –or better known to her fans as Lissie– has experienced a little bit of everything from having songs licensed in films to being nominated for a “Best Remixed Record” Grammy, and even being asked to perform at Ashton Kutcher and Demi Moore’s wedding (ouch! sorry Mila).

So what’s new for the alternative indie rock artist? Lissie recently decided to take a huge leap and become an independent artist, leave California and move to Iowa. As she sings on track four of her new album, “I want my 40 acres in the sun.”

I don’t know if it’s the fact that I too am from California and just moved to Iowa or just that she is a badass but Lissie’s new album (released February 12, 2016) My Wild West challenges you to reflect on your individual journey while giving you relatable stories that are easy to compare to your own.

Kicking off her album in a twist is “My Wild West Overture.” A minute and fourteen-second opening act to approach her headliner: her Golden State journey. Some might think this was a useless attempt to just throw another hit on her album or a brilliant idea of suggesting her style for the record.

Her next song, “Hollywood” is somewhat of a tribute to artists who travel to California to pursue their dream in Hollywood and the struggles they face along the way. Lyrics like “I fell in love with California I fell in love with a dream” and “Oh, Hollywood You broke my heart just because you could” give a small insight on how difficult it can be to succeed in this wild city.

Going off of Hollywood or Los Angeles for that matter being a wild city, her next track “Wild West” is directed exactly to that theory. She goes into detail how “All that you lost, you get back/And all that you want, you can have” but because of that she has “been livin my [her] life on the edge.”

As mentioned above, track number four, “Hero” goes into detail about the obstacles she faced in the City of Angels but overcame them to get her back to the Midwest. The tide turns from triumph to heartbreak with “Sun Keeps Risin’” where Lissie sings, “I wonder how the sun keeps rising anyway/And I still think of you every day/In a better place”- dedicated to her aunt who passed away from ALS.

Her first single released from this record was “Don’t You Give Up On Me” and can be looked at as a shout or cry to God to not abandon her as she goes from coast to farmland in this next chapter in her life. Lyrics “Just keep me close when I’m afraid” are a phrase many can relate with when one faces their own troubles in life.

Realizing the reality about Hollywood and learning from the people that come in and out of her life came the song, “Stay” where Lissie reflects about those she wished has stayed longer but understood why they had to get out.

One of the most well-known songs on her album “Daughters” is the most powerful track on the record. Lissie posted to Facebook recently: “In writing “Daughters” I was inspired by all of these women and by my hope that united and brought into our true equal power amongst men, we can make this world a better, more peaceful and fairer place!”

“Together or Apart” is another homage to any friends that she may now be leaving behind including the state.

“Shroud” and “Go For A Walk” are literally polar opposites. “Shroud” takes you to a dark place in her head where she is lost and has let everything consume her; whereas, “Go For A Walk” she needs to get her life together and wants to achieve her hopes and dreams.

The last installment on this album is “Ojai” a tribute to her small town home that she has spent the past twelve years finding herself as an artist.

Overall, I thoroughly enjoyed Lissie’s news album and felt like I somehow had experience her journey with her by the way she was able to captivate her audience into the songs.

Catch Lissie on tour now or take a listen to her music below!