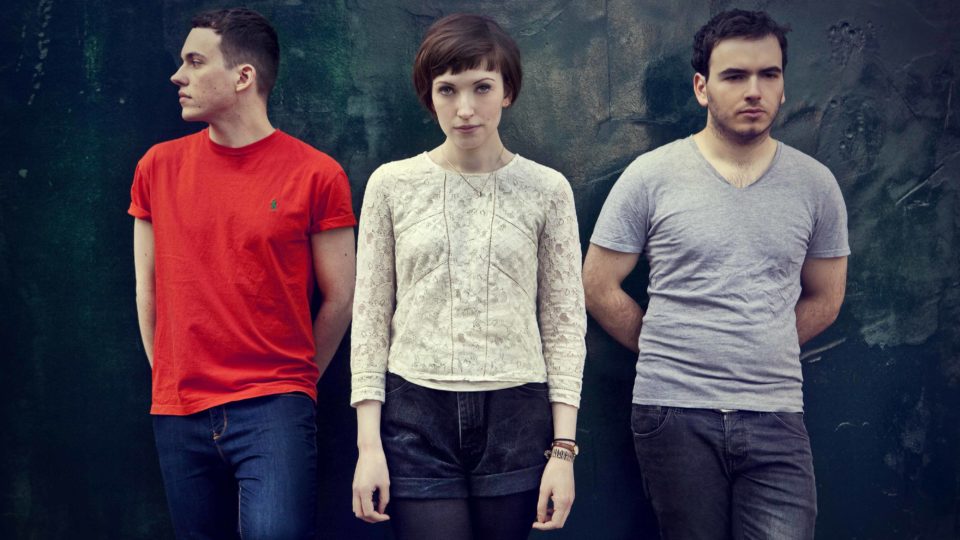 But it gets pretty damn boring.

I wouldn’t suggest listening to the entire album at once, but each individual song has its moments.

Use the shuffle setting.

The album begins with “New Ways” in which the vocalist repeats the idea “I need new ways to waste my time.” She invokes the concept of the album when she sings “I’m trying to get out/Find a subtle way out… Not just disappear.” She struggles with an interesting dialectic of not wanting to be present, but making a graceful exit. I think the band finds that delicate ending with the gentle closing of the song.

In the next song, “Numbers,” the lyrics discuss some arguably unhealthy coping mechanisms: “Follow me home pretend you/Found somebody to mend you.” Perhaps the title refers to the number of people that have gone through this ritual with her.

The lyrics to “Doing the Right Thing” are super weird. At first, they kind of sound like my sixth grade teacher awkwardly explaining where babies come from. Then the song takes a dark turn, discussing a loss of a mother and her children. Despite the interesting lyrics, I can sing the lyrics to the two previous songs and it sounds okay. This shows some melodic repetition and simplicity on the album.

“How” is the first song on the album that sonically doesn’t sound completely depressing, but the lyrics are still pretty sad. The vocalist narrates the story of a problematic relationship that ends in infidelity which angers her, since she sings “hold me back, hold me back.” Because this song is in a major key and more upbeat, this is probably the most unique tune on the album so far.

This album seems to orient itself around the unit of the family, since the next song is called “Mothers.” She seems to analyze her own relationship with her mother and even her own hypothetical children (Elena Tonra does not have children). I really enjoyed the end of this song since it merges into the following piece, “Alone/With You.” Initially, I just thought “Mothers” was a super long song.

The bass in this next song sounds like a heartbeat, steady and constant in the background of the song while Tonra sings of her hatred of loneliness. She lists various things she hates doing alone like sleeping, living, dreaming, eating, and walking. Then in the second part of the song, the steady bass/heartbeat stops and is replaced by a new, faster beat and she lists the same habits but sings “I hate sleeping with you,” and so on. The song depressingly fades out, like the rest.

BOOM. The next song finally refreshes listeners, beginning with the quick rapping of sticks on a drums and maintaining a fast tempo throughout this song. “No Care” seems a fitting title, since other songs used convoluted or unclear metaphors and this includes blunt lyrics like “Oh, there has only been one time where we fucked/And I felt like a bad memory.”

Unlike most other songs that relate to the idea of belonging, “To Belong” repeats “I don’t want to belong to you, to anyone” with which I totally identify.

I’m not really sure what the song title “Fossa” means, but I bet it means something like “the same as the rest of the damn album.”

“Made of Stone” sounds like the rest of the album: heavy reverberation, and a low bass that contrasts with Elena Tonra’s higher voice. However, the lyrics of this song are pretty cool. For example, the phrase “structures of whispers” intrigues me since the words contradict each other; whispers are tender and gentle, and structures are strong, concrete.

The bonus track, fittingly called “The End,” was only included on the Japanese release of the album. I have no idea why. Like “Skyfall,” by Adele, the song begins with “this is the end,” although this lyric isn’t meant to be interpreted so literally. I hoped the track would display some new features and end on a high note, but sadly, the song was pretty boring.

If you have trouble falling asleep at night, download the full album here. This is a link to the YouTube playlist for the full album, in all its monotony. Good luck staying awake.