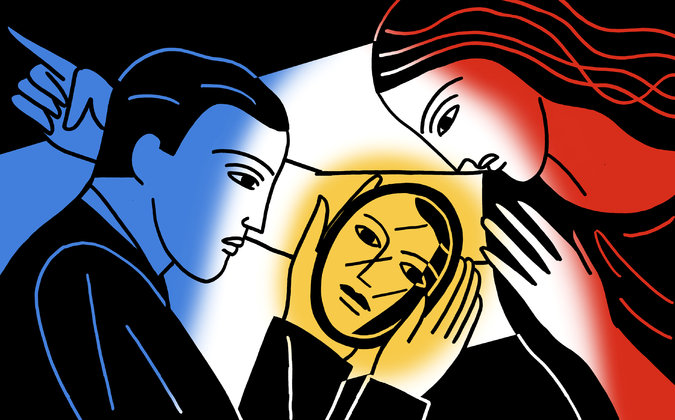 Now, we must purchase new calendars, adjust to writing a 6 on our dates, and sweep Donald Trump from the presidential campaign. I don’t know about you, but my New Years Resolution just might be to never see that carrot-colored toupee again.

I’m fine with many things from 2015 confined forever to 2015. For example, the all-white Oscars? We live in the 21st century, not the 19th. Come on. I could also do without the Fifty Shades of Grey industry. It is mind-boggling that some consider Christian and Anastasia a serious example of a modern relationship. Digital Trends reported in March that Fifty Shades set the record for Universal Pictures most successful R-Rated movie of all time. I do not find that okay.

Many good things occurred in 2015 as well. For all of the mixed press, Caitlyn Jenner brought awareness to reprehensible transgender discrimination. She graced the cover of Vanity Fair and Glamour crowned Jenner as 2015 Woman of the Year. Adele blessed the world with a new CD. According to Youtube, during the first 48 hours after the release “Hello” was viewed over one million times per hour. Inside Out, the 2015 Pixar film released in July, tackled the subject of depression. The family movie met incredible success, and for once, the film earned its publicity.

Also, the Hawkeyes swept the board with a 12-0 regular season this year, and claimed the title of West Division Champs. Go Hawks!

Yet, one of the finest cultural contributions of 2015 fell into bookstores and libraries. Throughout the year, I read fantastic novels, short stories, and nonfiction pieces and fell in love with too many to name.

I still have a lengthy 2015 To-Be-Read List in my little red Moleskin notebook.

However, I must recommend one novel I find particularly captivating.

Before I begin my review, I must confess to a slight transgression. In the interest of full disclosure, I must tell you. I had not even finished the novel when I started this review. As a student, I never failed to read an assigned book. When I began writing this, I was halfway through.

Written by Lauren Groff, the novel in question is entitled, Fates and Furies. I discovered this gem a week before finals, and oh boy. I almost wish that Groff’s novel had not dropped into my hands. While memorizing the moon phases for astronomy class, I found myself daydreaming about the characters of Fates and Furies. I could not focus on Buddhist philosophers when I had yet to discover what fate would befall the furies.

It takes a lot to distract me from studying, yet Lauren Groff’s words swallowed me, refusing to release until I devour her story in its entirety.

The novel follows a fascinating, ambitious pair through the course of their marriage. Fresh college grads, Lancelot, nicknamed Lotto, and Mathilde, elope after two weeks. An affair bound for greatness, the couple alluringly transfuses passion into art.

Set in two parts, the novel examines both Lotto and Mathilde’s view, comparing the intrinsically different perspectives. As the old saying goes, “There are two sides to every story.”

In the review by the New York Times, Robin Black says of Groff’s novel, “A domestic union set prominently in a work of fiction has the sometimes unfortunate capacity to obscure whatever else is going on. Yet Fates and Furies explodes and rages past any such preconceptions, insisting that the examination of a long-term relationship can be a perfect vehicle for exploring no less than the nature of existence.” Indeed.

I could not compare Lotto and Mathilde’s marriage to any that I have known. The couple avoids the mundane trap that befalls many other relationship stories. Groff constructs the marriage as a character of the tale in itself. Marriage twists and turns Lotto and Mathilde, curling them around its finger. Despite certain attempts to free themselves, marriage binds them together.

To say the least, Lotto and Mathilde effectively avoid the noose of normalcy. Their relationship hardly drifts into the mundane. Rather, it spills excitedly into emotional and philosophical depths. Groff creates complex conflicts that call to question human nature, familial love, and passion.

The first part roots itself in Lotto’s mind, but Mathilde’s pithy character hints at the storm hidden beneath her calm facade. Lotto’s world sparkles with childlike reverence for life and art. Through the first section, readers experience the profound positivity and arrogance that Lotto embodies. His adventures and thoughts reveal an intricate character of remarkable depth.

Mathilde’s section reveals the irony of the title, Fates and Furies. Lotto lives and breathes theater in the book, yet he fails to realize the tragedy and comedy implicit within his life. As readers discover early on, Lotto perceives Mathilde as an angelic, superior being. The tragic truth? No human is an angel. We all have devils within us. Even the people we love and know best in the world can keep dark secrets from us.

Perhaps irony, rather than comedy, describes the complement to tragedy here.

However, I leave you to decide.

It has been a long time since a novel captured me so thoroughly. Groff’s intricately developed characters, attention to particular detail, and skill in directing dialogue sends this novel into literary excellence.

If you still need convincing evidence that I know what I’m talking about, Amazon.com named Fates and Furies one of the best books of the year, NPR Morning Edition selected it as a book club pick, it reigns as a New York Time Bestseller. Oh come on. Give it a read, you will most certainly be entertained.