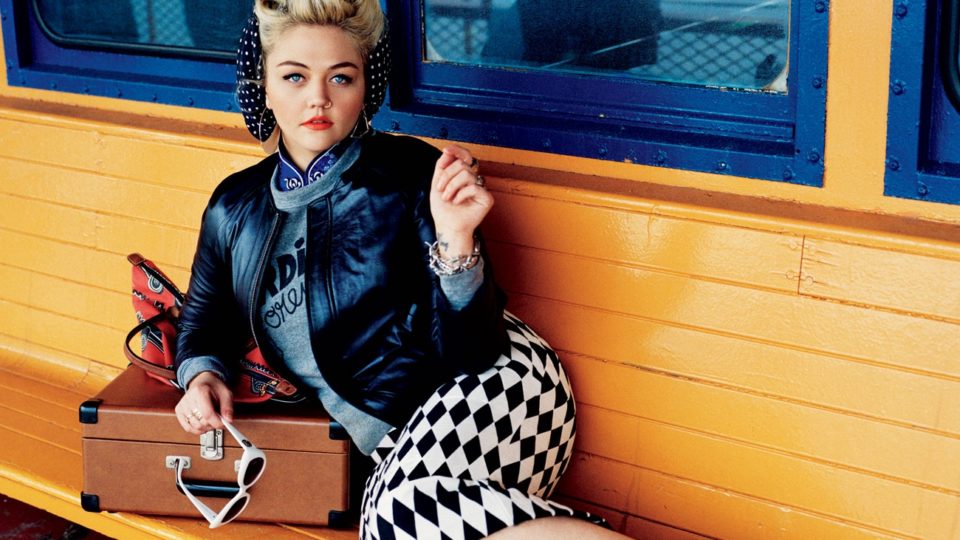 Elle King is truly the king of the seamless combination of country, soul, rock, and blues. Her new album, Love Stuff, is gaining friction, but Elle has been around a while. She has toured with Of Monsters and Men, Train, and others artists.

Her most popular song from this album is by far Ex’s and Oh’s, a feel good song that emulates “girl power”. Check out her music video below, with a whooping 16.6 million views, here:

Certain songs like Last Damn Night and Jackson absolutely scream pure rock. With up beat tempo and amazing guitar playing, it could make anyone want to start wearing a leather studded jacket and ride a motorcycle. I would say I Told You I Was Mean would fall into the category as well, but this song also has major elements of the blues. In this track, she definitely gives off Amy Winehouse and Adele vibes.

Elle King in Love Stuff shows her variety of genres she can pull off. Tracks like Kocaine Karolina, America’s Sweetheart, and Make You Smile all embody country music through the western lyrics and instruments used (Was that a banjo I heard Elle?). Song of Sorrow is definitely one of those songs that dance on the fine line between country and folk/indie, and it is absolutely working in her favor.

Ain’t Gonna Drown, the 9th track on Love Stuff, is a mix of all of these genres. I would argue it has a elements of southern gospel as well, because it is quite similar to the church song “Wade In The Water.” This track is earthy, passionate, and has a powerful sound that’ll make you close your eyes in content. Guaranteed.

The last song on the album is appropriately named See You Again and it acts as a beautiful and heartbroken farewell song. I think this is a great way to end a great album: a peaceful and solemn goodbye. The lyrics sound like poetry and the sound makes you want to go for a walk by a lake. Yeah. That good.

In all honesty, my absolute FAVORITE song from this album is her song Under The Influence. It reminds me of a James Bond track and it is never disappoints me as a confidence booster.

All in all, the album is terrific and I recommend it to anyone interested in alternative music. Check it out!