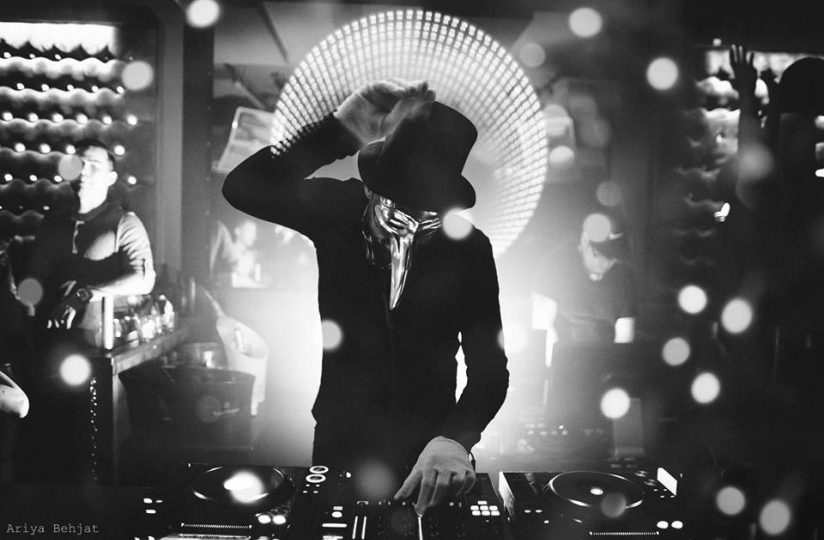 Claptone is a rather new DJ to the EDM scene, more so like Deep House than anything, from Berlin, Germany. However, it is possible that this artist is not just one person. When Claptone performs, he wears a mask that covers most of his face, allowing for anonymity in this public art. On the artist’s Facebook, the about section contains a video that alludes to multiple artists contributing to his albums and performances, more so than just those that are featured on the following tracks. Not a lot is known about him, other than the fact that the DJ himself has a beard beneath his mask on occasion. He released his latest album on October 16th called “Charmer.”

Initially, I noticed the beat and the necessity to dance during the first song, called “In the Beginning” featuring Nathan Nicholson. This beginning track reminded me of a sound akin to James Blake with more up-beat energy. The lyrics were significant and obvious for a first track on an album: “This is where my life begins.” I enjoyed this opening, as straightforward as it is, and thought that it set the perfect mood for the next twelve songs.

The beat of the first track continued through the ending of the first and into the beginning of the second track. The redundancy combined with a build-up to a drop with a piano and heavier bass sound. The rest of this track, “The Only Thing,” had a sound of mellow piano.

“Dear Life,” featuring Jaw, consisted of a consistent bass beat and transformed into a similar melancholic, almost sad, melody. At this point I began to realize I did not have much more to say other than I enjoyed the beat and felt the need to dance.

The fourth song on the album, called “Heartbeat,” featuring Nathan Nicholson, was the most redundant of the album so far. The lyrics never changed, it was mostly Heartbeat being repeated over and over again, with no drastic changes of the beat in the previous songs to this one.

I was gladly surprised by the next song on the album. “Puppet Theatre,” featuring Peter, Bjorn, and John, all rather vague names for artists, was a breath of fresh air in the form of a creepy and dark melody.

The name in itself is strange, especially considering “Puppet Theatre” is repetitively incorporated into the lyrics. This is included in a darker and funkier sound that reminded me of a track that could be played at a Halloween party or in a campy Halloween movie, which is the only way I can think of describing this wonderfully strange track.

By far, my favorite song on the album was “The Music Got Me.” This was the funkiest, meaning there was more to the rhythm than the driving beat of the tempo, and the one that felt the most easily dance-able. There aren’t a lot of lyrics but I distinctly remember my foot tapping unconsciously, which shows that the title is true to it’s name.

However, immediately following was my least favorite song, “Anything,” featuring Jaw. This continued the string of funky rhythms but the beat and lyrics were incredibly redundant.

The ninth song on this album is called “Party Girl,” featuring Jimi Tenor, which had an interesting and refreshing beat and weird lyrics that were a little funny, talking about drugs and party girls that only want to hang out, but the sound of the vocals was not agreeable to my ears. The tenth song had a refreshing bass beat that I had not yet heard on the album.

The next few songs were all relatively similar to the first nine. There was a heavy bass beat, sometimes an incorporation of instrumental sounds that offered a refreshing break, and my desire to dance persisted throughout my listening of “Charmer.” The tenth and thirteenth songs are redundant and how I would expect an EDM song to sound with a driving beat produced for the purpose of dancing. The eleventh and twelfth had different beats and instruments incorporated in the song, “No Eyes” and “Ghost,” and were refreshing after listening to this album in one sitting.

After listening to Clatpone’s album, “Charmer,” I realized that EDM/House/Deep House music is not my favorite, with the exception of hearing a song or two at a club and not an hour and a half of it straight. I also realize that I do not have much to say about the songs with the exception of aspects about the bass, tempo, and lyrics. However, the redundancy is not necessarily a negative aspect. I assume, without an extensive knowledge of the techno scene, that a relatively similar tempo and bass are necessary for a long night of ceaseless dancing. For your own personal dance party, check out the album here: