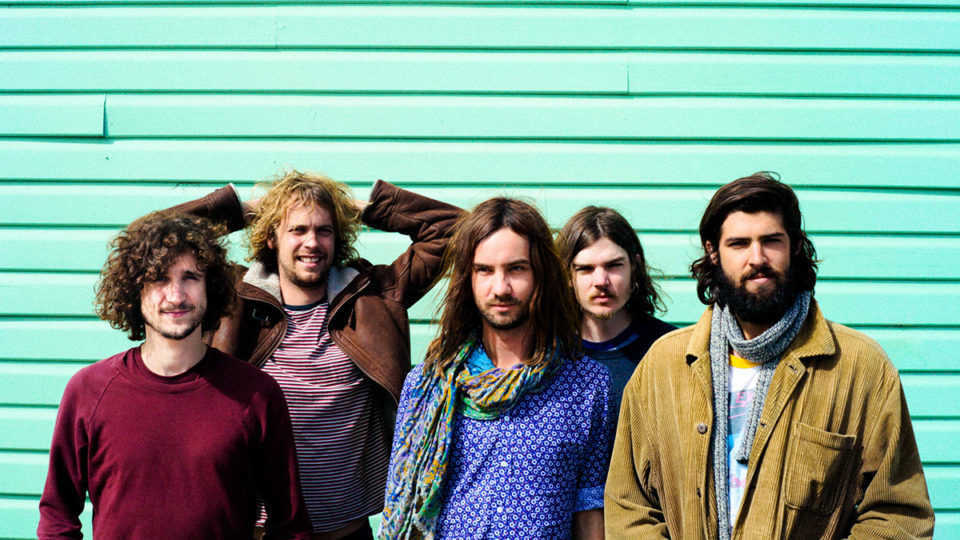 I’ve read a lot about “Currents” and how many people have given the music a rating of 9/10. It has been compared to Daft Punk’s albums and other legendary records. However, I’ve gotta say, I’m not a fan.

Perhaps my dislike could be explained by my aversion to the whole genre of psychedelic rock and electronic music. I enjoy listening to songs that have an arc, follow a plot line, tell a story. Tame Impala‘s music remains pretty static to me.

The album begins with “Let it Happen,” a song that lasts eight painful minutes with the same, upbeat musical phrase that repeats for most of the song. The unchanging melody, repetitive background sounds, and intense nature of the trippy vocals combine to create an exhausting song. I’m left winded as the music fades out. In an interview with Kevin Parker, the primary member of the band, describes the meaning of this first song: “For me, [the song is about] finding yourself always in this world of chaos and all this stuff going on around you and always shutting it out because you don’t want to be part of it. But at some point, you realise it takes more energy to shut it out than it does to let it happen and be a part of it.” I’m not sure I agree with Parker, since letting this song “happen” to me ended in a serious loss of energy.

The second song, “Nangs” is starkly different from the previous. It lasts less than two minutes and features mostly musical effects. The vocals take a backseat to the eerie, distorted tone of the notes.

“The Moment” closely resembles “Never Gonna Give You Up” by Rick Astley. The words, however, seem to describe an anticipated orgasm with the repetition of the phrase “it’s getting closer” for the last 90 seconds of the song.

“Yes I’m Changing” is probably meant as a profound ballad regarding the various life experiences people have and their effects on individuals, but I could not stop thinking about puberty and “the talk” we had at school.

I actually liked the fifth song on the album until I listened to its lyrics. “Eventually” has a catchy repeated musical phrase, but once I heard the words, “I know I always said that I could never hurt you/Well this is the very very last time I’m ever going to/But I know that I’ll be happier/And I know you will to.” Talk about an abusive, unhealthy, dysfunctional relationship.

“Gossip,” a 55-second long song that has no words reminds me of the sound track used in That 70’s Show to indicate a dream sequence.

“The Less I Know The Better” also reveals some problems in a relationship. As suggested by the title, the two people have some issues with communication. The abrupt ending of the song and the creepy lyrics didn’t leave a positive impression on me.

The next song is definitely the weirdest, creepiest song I’ve heard. I can’t even begin to talk about the actual music in “Past Life” because the voice used throughout the song was so distracting and disconcerting. I felt like I was watching a documentary and the person speaking was testifying against a huge pharmaceutical company and wanted to keep their identity hidden. So. Weird.

“Disciples,” like “The Moment” had an old-timey vibe, partly due to the intentional altering of the sound quality and partly because of the happy, upbeat melody. Sadly, the song only lasts about two minutes, and I could actually stand to listen to more of it.

In regards to “Cause I’m a Man,” Kevin Parker who wrote, recorded, and produced “Currents,” said this in an interview:

“The song is about how weak men are, basically, and how we make all these excuses but really we’re just these odorous male members of the animal kingdom. We don’t have any self-control and are pathetic, basically.”

“Reality In Motion” sounds like every other song on this album. At this point, at the end of the CD, they all begin to mesh together. Except “Past Life.” That song was unlike any other, but in a bad way.

The penultimate song in the album is unique in the sense that there are three verses and no chorus. However, “Love/Paranoia” resembles many others since the lyrics reflect the classic anthem of a confused boyfriend whose girlfriend gives him mixed signals.

The album concludes with a six-minute song, close to the length of the first song. The song’s title, “New Person, Same Old Mistakes” could refer to the band’s hope that after listening to “Currents,” listeners have undergone a profound transformation. That’s cute.

I understand that my opinions are unpopular and the album has received mostly praise. Critics celebrate “Currents” as revolutionary and genius. My dissuasion towards the album is probably due to my dislike towards the whole genre of psychedelic rock, but the record was boring with very strange moments peppered throughout.

Form your own opinions! Listen to the whole album here: