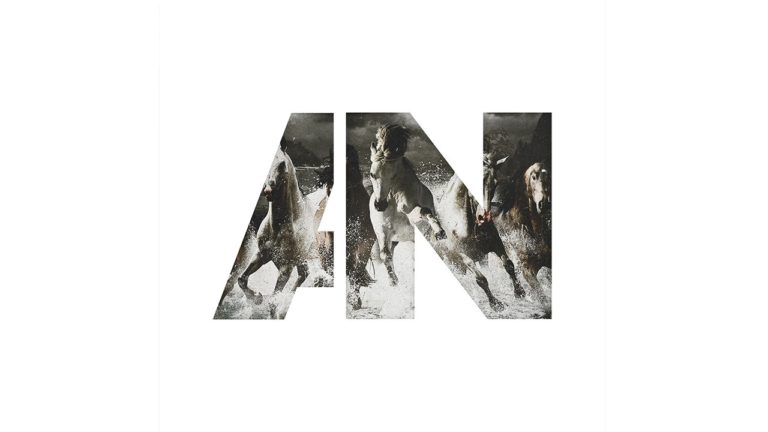 I’m a sucker for any music I like to call “driving music.” You know, the kind of songs you hear that just make you want to get behind a wheel and cruise with no destination. There’s driving music that gets you hyped and you’re like “Yeah I see you in your all-black Challenger, but I would totally race you in my ’98 Ford Taurus,” and then there is driving music that’s perfect for the time right when then sun starts setting and leaves you with the deepest sense of inner peace.

Run is AWOLNATION’S second album since its 2011 release of Megalithic Symphony, from which you’ve probably definitely heard “Sail”, if not “Kill Your Heroes” and “Not Your Fault,” and it’s the strangest mix of electric, bass heavy jams and soft, acoustic cruising songs. The eclectic mix is a constant change of pace that would keep you highly entertained on a long road trip and driving well into the night (and with these gas prices, that’s saying a lot).

The title track starts the album off to a dramatic start, and feels a bit a like a horror movie where you’re constantly on edge waiting for what comes next. The repeating lyrics of “I am a human being, capable of doing terrible things” heighten the anxiety in the song that continues to build until the drop where you’re told to “Run.” If you watch a lot of Vine videos you’ll probably recognize the drop from various different “comedy” vines because Vine ruins everything that is good in this world.

Driving Mood: Assassin on one last mission to avenge their loved one who was killed by the enemy.

Moving from “Run” to “Fat Face” is like reaching the end of the horror movie where the survivors are finding peace in the aftermath. This song is almost entirely piano, which is day and night from the electronic heavy sound of “Run” and the pairing of these two opening songs sets the tone for the versatility of the album.

Driving Mood: Driving around your old haunts on a gloomy day, letting go of old grudges and basking in the nostalgia.

The first single off the album adds another completely different mood to the album, a sunny, upbeat tone that is probably the closest AWOLNATION gets to a “dancing song” on this album. Hollow Moon (Bad Wolf) is reminiscent of “Kill Your Heroes” from Megalithic Symphony which makes it a good choice for the first single. Whether or not you like to dance, this song will get you moving, even if it’s just tapping along with the beat.

Driving Mood: Post Graduation, deciding to road trip everywhere you’ve never been instead of taking on your responsibilities and feeling true freedom.

“Jailbreak” returns to the piano of “Fat Face”  and the drama of “Run,” and the song is a bit of a plea for help in which chorus proclaims “Now I’m living in a dream, and I don’t think I’m ever gonna wake up.” Quite haunting, really, I’m sure we’ve all had that feeling before.

Driving Mood: Trying to leave town, but never being able to find the edge of the city and driving for hours lost and in despair.

This song doesn’t really seem to serve much of a purpose for the album other than to bring the mood back up. It’s a little weird and “kooky,” if I may (please don’t hate me for that pun) but if you were jamming in your car you probably wouldn’t skip it.

“I Am” is the second single and is the strongest ballad off the album and finds a good middle ground between the previous high-intensity electronic songs and softer piano driven songs. With the powerful “All of these things make me who I am” chorus ringing throughout the song, personally I feel like this would’ve been a fantastic closing track for the album. However, I don’t make those decisions so here it is at number 6.

Driving Mood: Returning home after several years on the run trying to escape fate, finally at peace with who you are.

This is a surprisingly folky song with an emphasis on acoustic guitar. “Headrest for My Soul” would be an oddball on the album if it wasn’t for the precedent of the other mellow songs. It’s almost like a lullaby with how soothing it is, and for me it’s one of the more memorable songs from the album.

Driving Mood: The protagonist from an indie film riding majestically towards the sunset.

“Dreamers” brings the energy back up after two consecutive chill songs. Personally, this is my least favorite from the album because there’s not really a lot going on, but at least it would keep you from falling asleep at the wheel.

While “Dreamers” didn’t have much going on, “Windows” is jam packed with entertaining things happening. The beat is highly catchy and chorus is really smooth, the recipe for a perfect jam song.

Driving Mood: Driving away with one-hand on the wheel after one of those dramatic explosions in action movies.

This song is pretty. (Am I aloud to say that, that it’s just pretty?) Well it is. The lyrics are soft and echoing over the track, and while I know I said “Headrest for My Soul” had a lullaby quality, “Holy Roller” is choir-level lullaby-like.

“Woman Woman” is highly catchy. Like I’m not a good dancer but it makes me want to dance, man. This reminds me of an alternative-infused 1950’s puppy love song, with the lyrics crooning “I may be worthless without you, I’ll never decide to replace you.” Makes you feel all warm and fuzzy inside.

Driving Mood: The ending scene of Grease when Sandy and Danny drive away, if it happened in an alternate universe where electronic music ruled the 50’s.

The opening of this song seems to carry on the alternate-universe 1950’s theme as “Woman Woman,” but this time it would be a song that would play at the prom for couples to dance to with girls in their poofy, candy colored dresses and hair, and the boys in their tuxes and Doc Martens.

Driving Mood: Post-senior prom, feeling a bit rebellious driving around with your date late into the night.

This reminds me like it could be “Run Pt. 2.” It starts out a bit angry, but chorus is gorgeous. Though the verses and chorus don’t really match up they really balance each other out and make the song really complex, especially the random little interlude around the 3:19 mark.

Driving Mood: Returning to the assassin from “Run,” now driving away from the aftermath of the final fight scene.

Alright, I guess this was a good choice for a closing song after all. “Drinking Lightning” closes Run on another mellow song, and if the album was a dramatic action movie this song would fit perfectly in the ending credits. It’s a bit melodramatic, but ends the album on a lovely wistful note.

Driving Mood: Leaving the city during twilight with the city lights in your rearview mirror as you embark on your next journey.