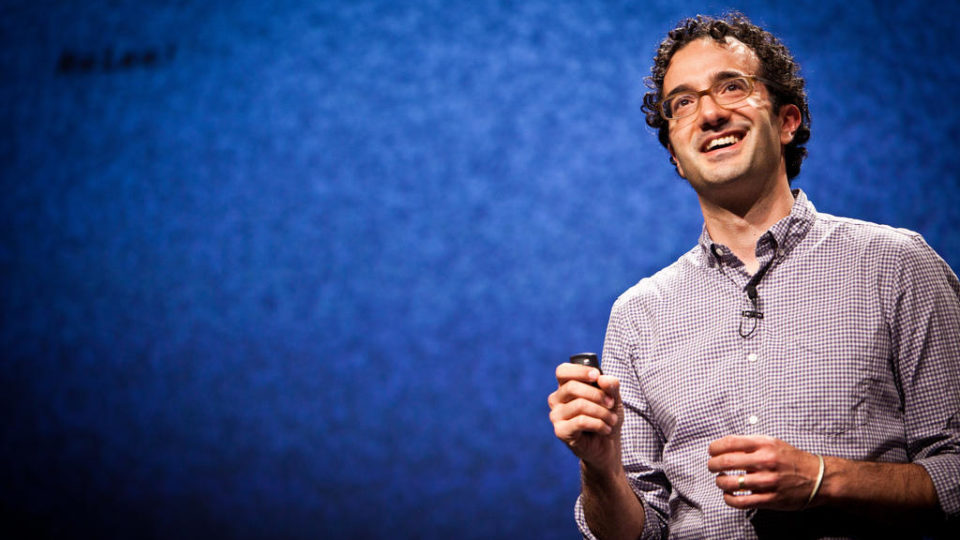 On his twitter bio, Radiolab founder and co-host Jad Abumrad’s identifies himself as a ‘story talker.’   The difference between a story teller and a story talker, only came to light for me when Abumrad spoke at The Englert on Saturday night, as a part of Mission Creek Festival.

Intelligent, humorous, and reflective, Abumrad took the audience through his journey as an innovator in sound and thought.  Using a multi-media approach, sharing visual clips, interviews, pictures, music, and sounds of his stomach , to accompany his talk.

In order to explore scientific and philosophical topics, Radiolab finds creative ways to contextualize abstract ideas.  The example Abumrad used was from the segment ‘colors’ in which he tried to translate the different spectrum of colors different organisms see, using a choir.  It was an amazingly creative way to talk about something that is seen, when all the audience is able to do is listen.

Abumrad made it clear that the work he does is never going to be completely easy.  He had the audience visualize this struggle as going into the “Dark Forest.”  It’s difficult, it’s scary, and in Jad Abumrad’s case, it can sometimes give you PTSD, but once you’re out, you know that if you can survive the Dark Forest,  you can survive anything.

Check out the video below of Jad Abumrad contextualizing the mantis ship color spectrum.