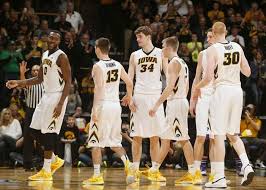 Growing up, Iowa basketball was my life. Success on the floor of Carver Hawkeye Arena was recurrent, which easily translates to an exhilarated kid watching on. Going to the games and seeing Hawkeye greats like Dean Oliver, Jeff Horner, and Greg Brunner was more than enough to brighten up the day for a young kid like myself, but it was how they played and electrified the game that made them so fun to watch. I remember going out in my driveway and pretending I was Adam Haluska hitting a game-winner in front of a packed house at Carver as the crowd goes nuts. This is the type of imagination a kid can form when a team gives them something to be excited about.

Those mid-2000s teams brought joy to Hawkeye faithful carrying on the tradition set before them from the dominating Lute Olsen and Tom Davis eras. There was that “it” factor about Iowa Basketball that gave fans something to look forward to.

As the Steve Alford era went along that excitement began to diminish. One year removed from a NCAA tournament bid as a 3-seed, Iowa found themselves as a team that failed to make a postseason tournament in 2007 and a coach that was on his way out. In hopes to quickly revitalize a program before disaster struck, Hawks brought in Butler University head coach Todd Lickliter. Fresh off his National Coach of the Year honor and building of a mid-major powerhouse, many thought Lickliter could do the same at Iowa. To put it lightly, he did not. To say his three years as Iowa’s head man was miserable would be an understatement. His combined 38-57 record left the Iowa program in shambles and an institution that in no way was appealing to recruits. A once energetic young Hawk fan, excitement for Iowa basketball was now nothing more than a distant memory.

A program that hit rock bottom, the reigns were now handed over to Siena Head Coach Fran McCaffery to try and spark life back into Iowa basketball for the 2010-2011 campaign. His first season was as expected a struggle with only eleven wins, but the next year as Fran was able to bring in his own recruits, the team looked promising. With additions of a 6’9 lengthy forward from Strongsville, Ohio that had a knack for the ball, an up and coming 6’11 freak athlete from England, and a sharp shooter from Cedar Rapids, things started to look up. In these players first year in the program the team managed a winning season and a trip to a postseason tournament for the first time in five years.

Fast forward three years later, and this squad never looked back. From an NIT berth, to an NIT title appearance, to an NCAA tournament appearance and then a win in the tournament in their final year, this senior class improved every year under Fran and has solidified life back into a program that so badly needed it. Amassing eighty-five wins, four postseason tournament appearances for the first time in nearly a decade, and many gritty performances later, Aaron White, Gabriel Olaseni, Josh Oglesby, and Kyle Denning helped build a program from the ground up and should be commemorated for their feat. On behalf of Hawkeye nation, I thank you seniors for giving us fans something to look forward to, something to talk about without rolling our eyes, and most definitely something to be proud about. Aaron, Gabe, Josh, and Kyle thank you for being Hawkeyes and bringing out that little kid excitement in us once again. Who knows, maybe I’ll find myself out in my driveway acting like I’m Aaron White hitting a game winner just like old times.