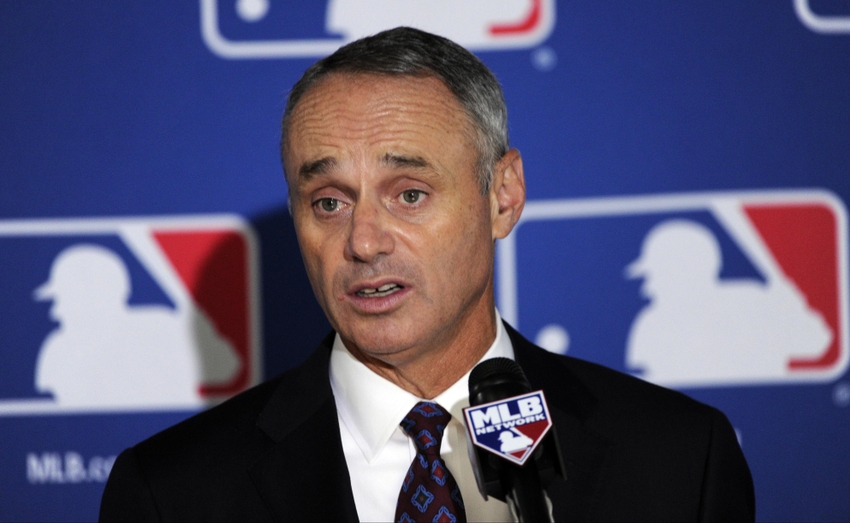 I proudly tell people baseball was my first sports love.

I think my first handful of Halloweens, after being dressed against my will as matching pumpkins with my older brother, I suited up as Nomar Garciaparra or Pedro Martinez. I have a vivid memory of getting in trouble during my preschool years. The punishment? I was barred from watching Ken Griffey Jr. and the Seattle Mariners battle our beloved Red Sox.

And forget sports moments, winning the 2004 World Series was one of my top life moments.

So, baseball, I’m saying this because I care:

Our game is dying. The games themselves are too long, too slow and too low scoring. It is neither a good TV sport, nor a great fantasy sport. Who’s the most popular player in the sport right now? It might be Derek Jeter, who isn’t playing anymore.

There is no secret ingredient to instantly spice the game back up. Kids who used to play little league are already putting down their gloves and picking up lacrosse sticks, if they haven’t devoted their time to a different year-round sport already.

For baseball’s sake, to make those four-hour, 11 inning marathons more appetizing, it must start with the offseason.

Three days before free agency began on Tuesday in the NFL, a smattering of teams already knew they were making huge changes. That’s because the league allows a “legal-tampering period” where teams can talk to unrestricted free agents and negotiate trades before free agency even starts.

Once the clock struck 4pm this past Tuesday, and Twitter’s servers began working overtime, the Dolphins, Lions, Bills, Jaguars and Rams all had deals in the works to add a franchise-altering player from a number of positions. In Major League Baseball, it would take two months to accumulate that kind of activity.

Even after the legal tampering, within free agency five hours old, the best cornerback and second best tight end in the game were on the move, altering the hierarchy of the entire league.

All very good players, but nothing earth shattering. Their presence in new uniforms is important, but nothing to shift the balance of power like Graham or Revis did.

It’s worth mentioning that baseball’s free agency begins almost immediately after the World Series ends. Which means that teams sat on their hands for six and a half weeks before any significant ripples. In the NFL, some players moved before they were allowed to!

Pitting baseball and football against one another is not a fair fight. Football is perfect for casual viewers, has a time limit and has household superstars from previously shining at the college level. Baseball has none of that.

But, it can absolutely adapt. Quickening the pace of free agency would cause more excitement and more interest among casual fans—even more than an actor playing shortstop.

At this rate, baseball will become nothing more than a niche sport. Unless these wholesale changes are made to change the “slow and steady” culture that surrounds the game, I’ll have to get more creative when penalizing my kids.