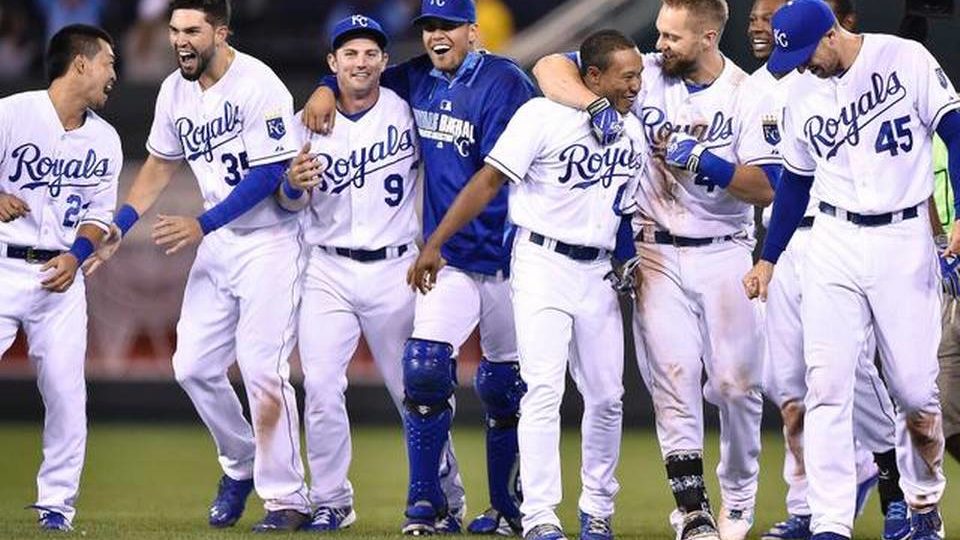 The Royals excited the entire nation last October when they made an unforgettable postseason run. They were just one game away from being the world champions. The Royals are looking to make another run in 2015. They lost some familiar faces in the offseason but picked up some fresh ones. Lets take a look at the changes:

The loss of James Shields jumps out as the most impactful. Shields was the ace of the Royals and has been the most durable pitcher in the game over the past eight years. Shields has thrown 200+ innings in each of the last eight seasons. The Royals will miss the reliability of James Shields at the top of the rotation. The losses of Billy Butler and Nori Aoki are impactful but neither player is irreplaceable.

The Royals did a good job filling the roles of the lost players. Alex Rios will now take over in right field. Rios brings veteran leadership and a solid right-handed bat to the lineup. Fans can expect a .280 batting average and a decent glove out in right. Kendrys Morales will be the new DH for the Royals, replacing Billy Butler. Morales is a switch hitter who still has some pop left in his bat. He will fit well in the middle of the lineup and should be able to drive in some runs in 2015. The Royals decided to bring in two pitchers to fill the shoes of James Shields. Edinson Volquez will be the guy that most people notice in the rotation. He had one of the best seasons of his career in 2014 with the Pirates. He threw in 192.2 innings while finishing with a 3.04 ERA. I expect him to digress a little due to the fact that he now finds himself pitching in the American League. He’ll now have to face a designated hitter each night and will have to make the needed adjustments. The Royals also added Kris Medlen to the pitching staff. He is still rehabbing back from arm surgery but should be able to find his way onto the field in 2015. Medlen is another case of a low risk, high reward signing. He currently holds a 2.95 career ERA.

The Royals should be ready to compete again in 2015. I like the dynamic of the offense and the fact that anyone could be the player to step up on any given night. They don’t have a go-to guy right now and it looks like they will keep it that way. They play small ball as a team and find ways to win games. Lorenzo Cain stepped up in a big way in 2014. He was an outstanding defender throughout the entire season and finally found his swing. He finished with a .301 batting average and swiped 28 bases. He has the ability to make big plays anywhere on the field.

The Royals were dominant last season largely because of their bullpen. They had three guys who could shut the door in the seventh, eighth, and ninth. Kelvin Herrera, Wade Davis, and Greg Holland are all returning in 2015. All three pitchers held ERA’s of 1.44 or less in 2014. Those are video game numbers. Wade Davis only allowed 8 runs all season, Herrera allowed 11, and Holland 10. If these guys can even come close to repeating what they did in 2014, the Royals will be a major threat.

Brandon Finnegan was quite a story last October. He made seven appearances in the 2014 post season at the age of twenty-one. He pitched in both the NCAA College World Series and the MLB World Series in the same year! He allowed just one run through seven innings last October. He also struck out ten batters. Finnegan defied all logic and showed that as a twenty-one year old he was poised enough to throw in the post season. He will start in the bullpen this season and try to work his way into the starting rotation. If healthy I expect:

The twenty-three year old righty pitched his first full season in the MLB last season. Ventura finished with a 3.20 ERA through 183 innings. He has a dominating fastball that reaches triple digits. He will move into the number one spot due to the loss of James Shields. The offense and bullpen are good enough to win games if the starters can limit damage through the first six innings. If Ventura can repeat what he did last season, the team will be in a very good position.

The Royals will be back and better than ever in 2015. They will continue playing small ball and manufacture runs. The bullpen will be one of the most reliable in the entire league. The starting rotation should be able to hold their own and give six solid innings each night. Expect the Royals to be fierce competitors in 2015. They’ll be on the hunt for what they didn’t get last time.