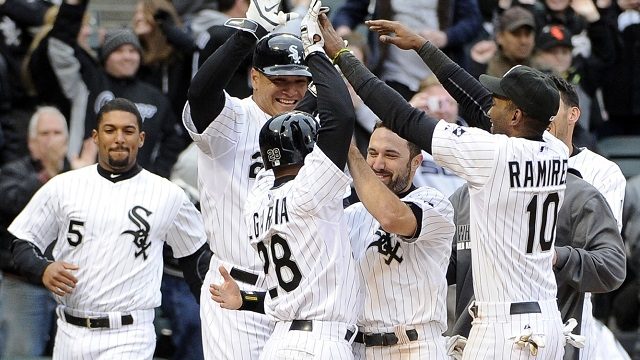 The Chicago White Sox made a big splash this offseason, and have positioned themselves to compete for the division title in 2015. The starting rotation is solid, and the offense received major upgrades heading into the new season. Lets take a look at the changes:

The White Sox could be the real deal this season. It looks like they have all the pieces in place to contend, and are ready to make their run. The starting rotation struggled a bit in 2014. The starters finished with a 4.29 ERA collectively. Chris Sale was the one pitcher that did not struggle. In fact, he did the opposite of struggle…he thrived. Sale pitched in 174 innings and finished with a 2.17 ERA. He led the league with a SO9 rate of 10.8. Sale provides the White Sox with a true ace, and has the ability to carry this team. The Sox decided to get Sale some help in the rotation. Jeff Samardzija signed with the team, and is looking to contribute in a big way. He finished last season with a 2.99 ERA through 214.1 innings. Jose Quintana now becomes the number three. I don’t think there are any teams that would be dissatisfied with Quintana as a third pitcher. He is only twenty-six years old, and has showed consistency throughout his first three seasons. Quintana has thrown 200+ innings in back to back seasons. He finished with a 3.51 ERA in 2013, and a 3.52 ERA last season.

The Sox added depth to their offense this offseason. We can start by looking at Melky Cabrera. The outfielder brings a contact bat to the lineup from both sides of the plate. Cabrera hit .301 last season, and hit 16 home runs. Next up is Adam LaRoche. The lefty will take on the role of designated hitter for the first time in his career. LaRoche hasn’t lost his source of power. He finished with 26 home runs and 92 RBI’s in 2014. The Sox also added a utility player in Emilio Banifacio. He can play anywhere in the outfield, and most places in the infield. He brings speed to the lineup, and will be used situationally in 2015. These added players should make a big difference offensively. Jose Abreu will still be the main offensive threat in 2015. The slugging first baseman finished with 36 home runs, and 107 RBI’s. He led the league with a .581 slugging percentage, and was a unanimous decision for Rookie of the Year Award.

The addition of David Robertson might have been the smartest move that the White Sox made this offseason. Robertson was the closer in New York last season, and finished with a 3.08 ERA with 39 saves. He will give the White Sox someone to rely on late in games.

Micah Johnson hasn’t reached the the Major Leagues yet, but should get time at second base in 2015. He is a contact hitter with little power. He won’t get much recognition in 2015, but he will have the opportunity to make a significant impact. He hit .275 last season in AAA. If healthy I expect:

The White Sox will be a good team in 2015. Their starting rotation is now strong enough to get the team into the postseason and make a solid run. The offensive will be much better than years past. Chicago fans should be excited about the Sox heading into 2015.