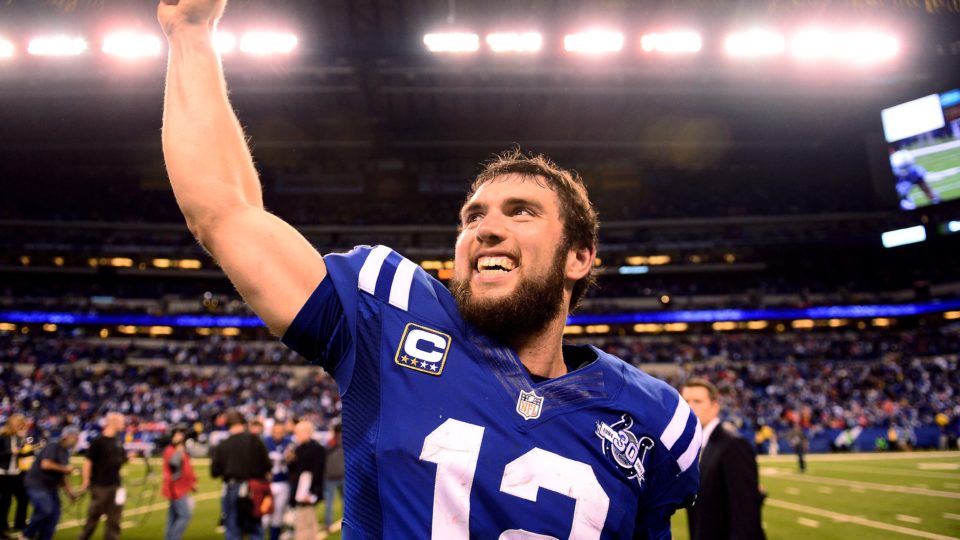 Take a jump back in time about two years ago from right now. Why was the NFL going crazy? What was happening? Done guessing? If you guessed everyone with even the slightest interest in the NFL was going insane because of young quarterbacks like Russell Wilson, Andrew Luck, Robert Griffin, Colin Kaepernick, and Cam Newton you guessed correctly.

Griffin vs. Luck looked like it was on its way to being the heir apparent to Brady vs. Manning, Wilson was the scrappiest underdog in the history of pro sports, Kaepernick had stolen Alex Smith’s job and was transforming the 49ers offense, and Cam Newton was still superman.

These five quarterbacks changed the model for how you had to handle a rookie quarterback, since they came in immediately and had success, all young quarterbacks were expected to do so from this moment on. This group was going to revolutionize the quarterback position. Luck was the guy who would follow in the footsteps of guys like Manning and Brady as the next great traditional quarterback, while the other four were introducing the league to a new read option style of offense. Amongst heated debate it would not be crazy to say Luck had the brightest future of the group, but there was still a lot to be decided.

Flash forward two years: Wilson and Kaepernick are going through some growing pains while Newton and Griffin constantly experience actual pains. More importantly, one man has emerged from this group and exceeded the hype the group generated: Colts QB Andrew Luck. The real debate is not Luck vs. Griffin anymore; It’s Luck vs. Manning vs. Brady vs. Rodgers and instead of being about who has the brightest future it is about who is the league’s MVP in 2014. The craziest part is that Luck is probably winning once again.

MVPs have two main traits in 2014, personal statistical success and they are valuable to a winning football team. In this report, I will present a case for Luck using both of these factors and then compare him with other MVP candidates this season.

Statistically, Luck’s numbers can be matched up with just about anyone’s in the NFL and hold their own. In terms of basic metrics, Luck leads the NFL in passing yards with 3,085  averaging 342.7 yards per game. Luck is also second in touchdown passes with 26, just 2 behind Peyton Manning for the league lead. He has a completed 64% of his passes, an extremely high number considering Luck leads the league in pass attempts per game with 43 throws per contest. Luck does get more opportunities than any other quarterback, but he also does more with those opportunities than any other quarterback. With basic numbers, Luck looks as good as anyone (All Stats from ESPN.com)

In terms of advanced metrics, Luck’s season holds up just as highly. He ranks 2nd in Football Outsiders’ DYAR, a positional efficiency stat, only behind Peyton Manning. He also leads the league in Football Outsiders EYards stat, showing efficient the yards Luck throws for are. Since Luck’s Eyards (3,474) exceed his actual yard total (3,085) Luck is actually getting more than you would expect out of his pass attempts, this is good. Luck ranks 6th in ESPN’s total QBR which is very good, though not necessarily MVP caliber. He ranks behind Rodgers, Manning, and Brady in this category. Luck lags behind in this category only because Total QBR put a lesser emphasis on what a quarterback does when his team is trailing by a lot; Lucks throws for a lot of yards and touchdowns when the Colts are being blown out. However, the difference between Luck’s blow out yards and other quarterback’s yards in these situations is that Luck is actually using them to close the gap and bring the game within reach, more so than other quarterbacks. He’s rallied the Colts back into competitive contests with the Broncos, Steelers, and Texans after it appeared all hope at been loss. In short, his QBR is slightly skewed low.

Value to a Winning Team

The Colts are 6-3, have a two game lead with a tie-breaker over the Texans in the AFC South, and could be in the driver’s seat for a first round bye if they can beat the Patriots this Sunday. This team is really good and Andrew Luck is the biggest reason for this. It’s hard to believe that his value has actually gone up since he willed a very bad team to a 10-6 record and a playoff berth in two seasons and then defied the laws of regression to win the AFC South and get his first career playoff win last season. But as we stand in 2014, Luck has improved as has the roster around him and the Colts really feel like they could be contenders in a tough AFC.

While this roster is better than the two Luck has taken to the playoffs the last two years, it is still isn’t an all around monster of a team like last year’s Seahawks or this year’s Broncos.  Their offensive line still has trouble keeping Luck upright from time to time. They still struggle to run at times, mostly when Trent Richardson is in the game, ranking a league average 14th in yards per game. Their defense is also very average, ranking 15th in yards per game and 18th in total defense DVOA. They have also had to overcome injuries to veteran mainstays like Reggie Wayne and 2013 Defensive Player of the Year Candidate Robert Mathis. Other than flashes from wide receiver T.Y. Hilton and cornerback Vonte Davis this team lacks game changing talents aside from Luck but that hasn’t seemed to matter.

Two years ago, Luck’s dominance was the reason a bad Colts team capitalized on an easy schedule and made the playoffs. Last year, the same predicament occurred with a slightly better all around roster. This year, Luck has an extremely league average roster around him and he has elevated it to greatness. They have gone 6-3 while facing the 9th Hardest Schedule in the league up to this point (Per Football Outsiders).

Luck has entered the class of quarterbacks where it is assumed that they will make the playoffs each and every year regardless of the talent around them. This is special class that right now only includes Tom Brady, Peyton Manning, and Aaron Rodgers (Drew Brees just fell out). Andrew Luck could be quarterbacking the 2014 Raiders and it would at least be worth having the conversation about their playoff chances. He has reach a special level where he can elevate the guys around them and make his team truly special.

If you were to replace Luck on the Colts with a league average quarterback, like say Kyle Orton or Carson Palmer, I find it hard to believe this Colts team would even be .500. We might be talking about the Texans as a playoff team. It sounds cliché, but Luck is so good his impact goes beyond the numbers, and his numbers are great. I love using stats as much as anyone, but over a three year sample Andrew Luck has proven to be one of the guys where the stats do not matter as much. He can make 3 loaves into 300 in a way that only a few other special quarterbacks can. That has a value to the Colts that is impossible to quantify. He carries his team in a way that none of the other “Big 4” quarterbacks do.

Comparison with the Rest of the MVP Candidates

The names that lead most MVP discussions are the ones you would expect to hear: Manning, Brady, Rodgers, Luck, and even DeMarco Murray. Running backs don’t ever win this award unless they have historic seasons (ala 2012 Adrian Petersen) so we can throw Murray out. Tom Brady has been playing out of his mind lately but an MVP needs to be dominant for an entire season, and it’s hard to forgot Brady’s early season struggles.  Rodgers has been great so far this year, but statistically isn’t quite on the level of a Manning or Luck, but he’s at least worth having the discussion about. 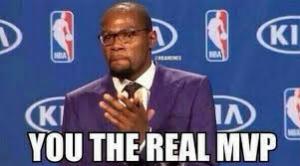