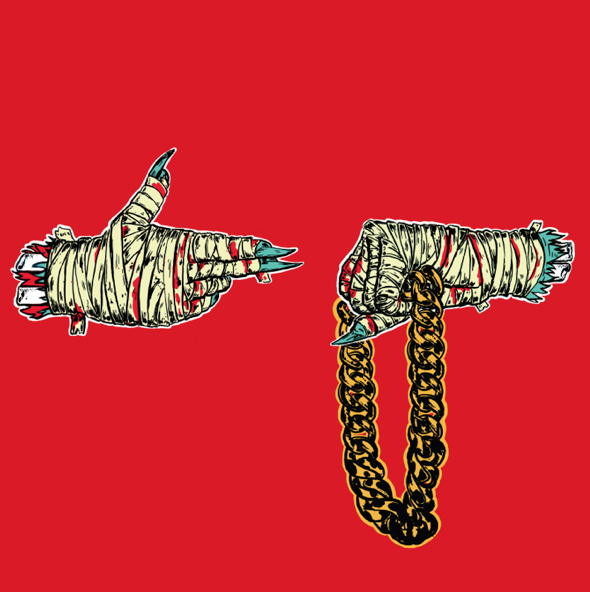 Since 2012, Run The Jewels has been hip-hop’s surprise powerhouse. Constantly exceeding expectations, Killer Mike and El-P have proven time and time again that they are indeed dope, and only getting better. With the release of their uncompromising spit-in-your face follow-up album Run The Jewels 2, they have solidified themselves as a force to be reckoned in the rap game.

Run The Jewels consists of two emcees. Company Flow alumni EL-P, who’s steady skills have earned him the titles of rapper, producer, and CEO throughout his solo career since the early 2000s. His partner, ATAlein Killer Mike  has been holding it down ever since his start with a free-styled feature on Outkast’s classic album Stankonia.

First collaborating in 2012 on Mike’s R.A.P Music record, the two wasted no time announcing the release of a joint-project together entitled Run The Jewels for free digital download. The release gained a lot more attention than either of them had initially thought, flinging them both into a whirl-wind of touring and press, leading to the creation of their follow-up release, Run The Jewels 2.

Darker and more confrontational than their previous release, this album expands on what’s expected of RTJ while giving us more jewels to explore. Tracks like “All Due Respect,” featuring Travis Barker, and “Blockbuster Night Part 1” still deliver the oh-so-fun, absurdist, braggadocio verses that keep the sensors reeling. Tracks “All My Life,” “Early,” featuring BOOTS, and “Crown,” featuring Diane Coffee explore topics of violence, regret, and frustration with the status quo–presenting a more intimate and urgent perspective than their previous release. Through their time together, Killer Mike and El-P have learned to embrace one another’s strengths while staying true to their own styles.

This chemistry is emboldened by El-P’s fantastic reactionary build-up/knock-down production. Provoking each emcee until the track mushrooms into a dangerous amount of sound. The best example of this is on the single “Oh My Darling Don’t Cry”. A trap-fruit salad that escapes from underneath the deep bass blanket just in time for Killer Mike’s second verse to smack it back into submission. EL-P’s choice to not only step up the intensity, but also the responsiveness within these tracks, keeps the album interesting, giving the rappers more freedom to switch up their styles within each track.

Mastering their voice as a group,  RTJ to choose the perfect features to compliment each track. The most surprising being “Close Your Eyes (And Count To F***)” features a hook and verse from Zack De La Rocha of Rage Against the Machine. Merciless and compulsive, this track leaves you incapable to believe that such a wonderful collaboration did not happen sooner.

With this successful release, the unlikely partnership of Killer Mike and El-P has continued to give the music world nothing but good things. With another tour started, the promise of a Run the Jewels 3, and the internet’s wet dream, Meow the Jewels, is actually happening next year. Run the Jewels 2 is just the beginning of what is sure to be the year of the Jewels.