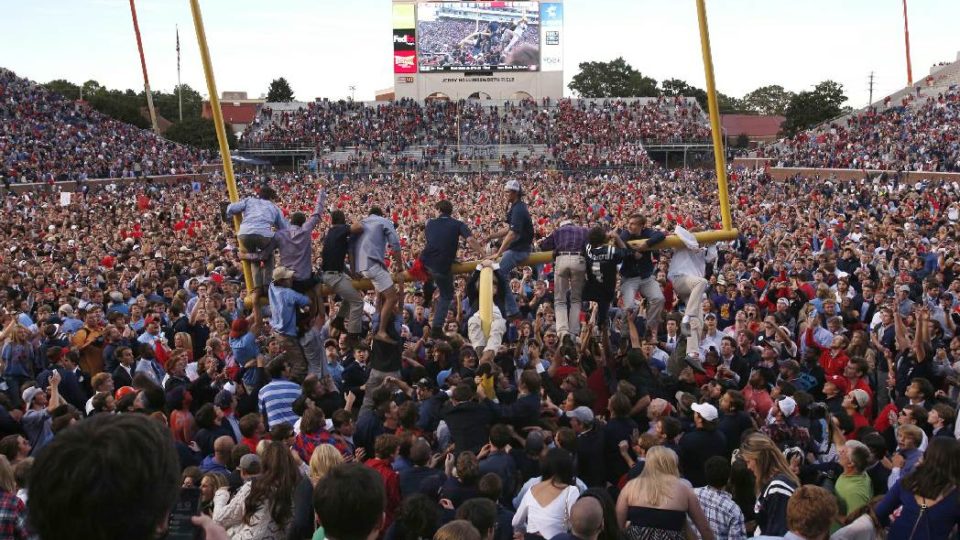 Week 6 of college football proved once again that the top teams are not invincible.

This weekend Alabama, Oregon, Oklahoma, Texas A&M, and UCLA all lost their games, making it the first time that five teams in the top eight lost in the same week. The chance that an undefeated team with make it to the inaugural College Football Playoff has now gone down dramatically.

Two of these losses were to unranked teams, with Oregon falling 31-24 to Arizona and UCLA losing in the final minute to Utah. UCLA even had a chance to win in the final minute since they were in field goal range, but with kicker Ka’imi Fairbairn missing twice, their fate was sealed.

Alabama, who lost to Ole Miss 23-17, were the favorites to win their conference, but now their future seems uncertain. With the Auburn ranked 2nd, and Mississippi State ranked 3rd, and Mississippi 4th especially since all three of these teams are undefeated.

However, Auburn and Mississippi State face each other this weekend, so one team will be leaving with a loss, and possibly helping Alabama rise from their rank of 7th.

Plenty of teams are still undefeated, the new top six teams consisting of Florida St, Auburn, Mississippi St, Mississippi, Baylor, and Notre Dame all holding perfect records. It seems though that their time to lose may be coming sooner than anticipated.

This next week will be a true test of strength for many teams. Arizona, now ranked 10th in the AP Top 25, will play struggling USC, Baylor will play TCU (another undefeated team), and Mississippi will face Texas A&M, now ranked 14th.

Some teams also face a chance for redemption, with Alabama most likely winning against Arkansas and Oklahoma playing a struggling Texas team. However, only one team will get redemption when Oregon and UCLA play at the Rose Bowl on Saturday.

Was Week 6 just a one time thing, or will we continue to see our top teams fall to lesser opponents? Only time will tell, we still have eight more weeks of football to look forward to.