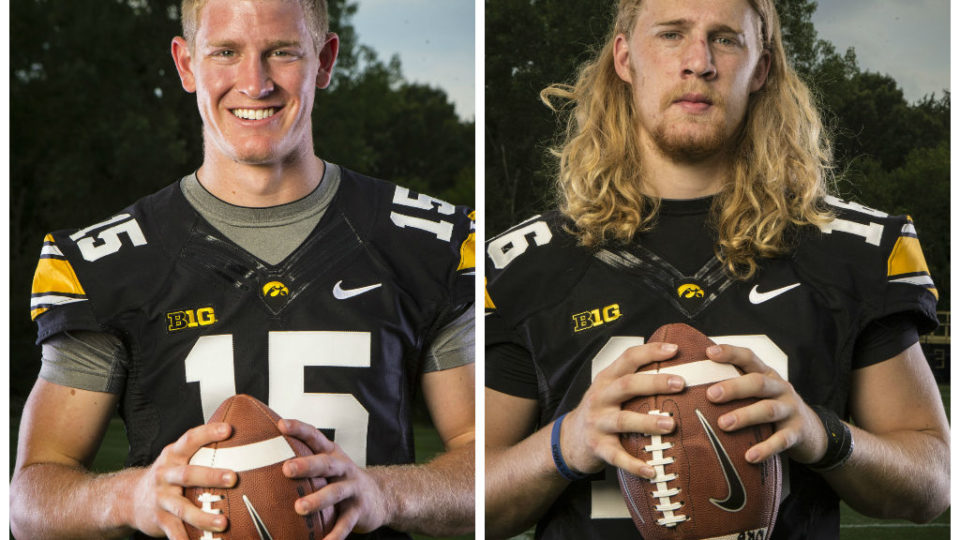 Despite not playing this upcoming Saturday, a busy week is on tap for Iowa Football. Aside from resting the many bumps and bruises, the Hawkeyes will reportedly move headquarters across the street to their new facility this week.

Oh, and also figure out who the starting quarterback is.

C.J. Beathard, starting in place of an injured Jake Rudock, had a mixed bag in Iowa’s 24-10 victory in West Lafayette. Finishing the day with 245 passing yards, Beathard overcame an abysmal performance from his pass catchers and ten yards of total offense in the first quarter.

Regardless of reports Rudock ‘s injury would keep him from last Saturday’s contest, he did lead the Hawkeyes onto the field, in full uniform, as if prepared to go against the Boilermakers.

With his backup struggling and Iowa facing a 10-0 deficit in the second quarter, some in Iowa City began thinking aloud if number 15 would be called to dig Iowa from their early hole.

Once Beathard found his bearings, it was a smooth ride.

So what is Kirk Ferentz to do next week with two capable quarterbacks at his disposal? Does he choose the incumbent starter, game manager from an eight-win team last season, or is the backup with a rocket arm and flowing locks the right guy?

Maybe the answer is both?

It does not feel like Coach Ferentz is leaning towards employing a two-quarterback system. And nobody should blame him. They are seldom successful, with exceptions like the 2006 Florida Gators being the outliers.

So let them battle for the position. Neither Rudock nor Beathard has separated himself from his counterpart. Aside from the two touchdown drives against Ball State for Rudock, there has been little consistency for a quarter, let alone a game, thus far this season.

Thanks to the strides made defensively, Iowa can pin one signal-caller against another on Saturdays. They can jostle drive for drive, quarter for quarter. But, as soon as there is a visible separation and a verdict is rendered, there should be no going back.

There was a similar debate in 2000 in Ann Arbor, when Lloyd Carr had both a game manager and a cannon arm in his ranks. The players duked it out on the field, and one man emerged. Michigan won the Orange Bowl that season, with the game manager throwing his team to victory.

For these Hawkeyes, it may be the quarterback who exhibits both attributes that propels him above his teammate.