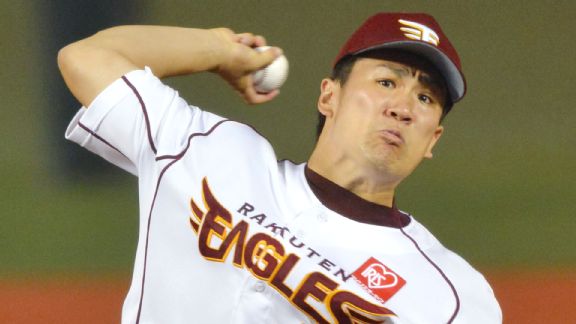 As always, the Major League Baseball offseason has brought about several marquee free agent races. In December, former New York Yankee and perennial All-Star second baseman Robinson Cano signed with the Seattle Mariners for a 10-year deal worth a whopping $240 million, making it the fourth-largest contract in MLB history.

Although the Yankees missed out on resigning the superstar, the Bronx Bombers picked up the biggest new name in free agency with the signing of Masahiro Tanaka, a Japanese right-handed pitcher who is poised to become an ace in the American League.

The much-discussed Tanaka sweepstakes came to an end on Wednesday, as Tanaka has agreed to a 7-year, $155 million deal with New York, who reportedly edged the Chicago Cubs for the pitcher’s services.

For New York, this big signing is the latest in a string of offseason expenses, including the signings of Brian McCann and Jacoby Ellsbury to multi-year deals.

While New York appears ready to compete for an AL East title in 2014, the Cubs remain dedicated to their ongoing rebuilding plans for the entire franchise.