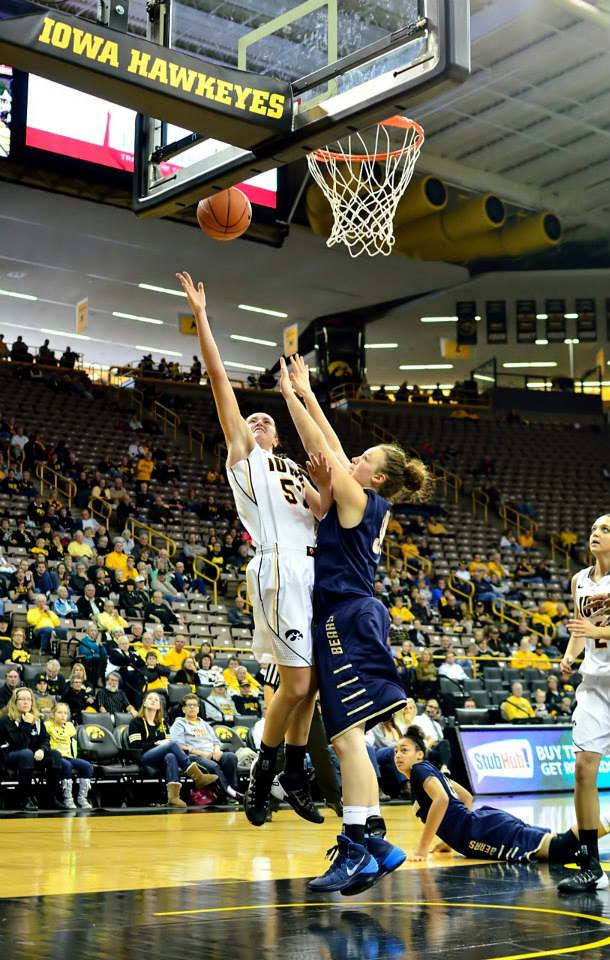 The Iowa women won their opening exhibition 92-68 against Concordia-St.Paul, but not without a few bumps in the road. The biggest bump for Iowa is the potential loss of Nicole Smith for an extended period of time.

Smith limped off the court after three minutes of play, she then was evaluated by a trainer on the sideline and escorted into the locker room to be evaluated by the team doctor.

“We had a doctor look at her and they felt she couldn’t go more today, she’s going to be further evaluated tomorrow,” Head Coach Lisa Bluder said about Smith’s injury.

Losing Smith could be huge blow to a Hawkeye team that without Smith has one true five and three converted fours. Bluder said that they “need” Smith on a team already without a lot of height.

Bluder was optimistic about some of the play she saw during the exhibition. Namely from the three different players they tried out at the four position.

“I thought Claire (Till) , Kali (Peschel) and Ally (Disterhoft) all brought something different today and I think that’s good for us.” Bluder said.

Disterhoft finished with 13 points, shooting 5-of-7 in her Hawkeye opener. Disterhoft had three basket-and-one opportunities this game. Which she said were part of the flow of the game and how comfortable she felt on the court.

The Iowa offense shared the ball extremely well today, with 26 assists on 36 made field goals, a number that Iowa will have to keep up to shoot well. Iowa finished the day 57 percent on field goals.

Other bumps in the road included some sloppy up-and-down the court play from the Hawkeyes early in the game. Iowa had eight turnovers in the first half, and most of those came in the middle of the court in the transition game.

The most impressive offensive performance of the day for Iowa was Bethany Doolittle, who finished with double the attempts of the next Hawkeye. Doolittle finished with 10-of-16 on field goals and 20 total points.

One of the biggest concerns coming into the season for Iowa was who would primarily rebound for Iowa. The answer today wasn’t very clear. Till ended up winning the rebounding battle with nine total rebounds, a stat that shows she’s ready to step up and play the five.

Bluder said it’s impressive that Till can lead in rebounding then step out and hit 2-of-3 on three-point field goals.

The game showed those few bumps, but nothing that can’t be fixed over the coming non-conference games.

Iowa will have their home opener against UC-Riverside on Friday, their opening game part of the Hawkeye Challenge.