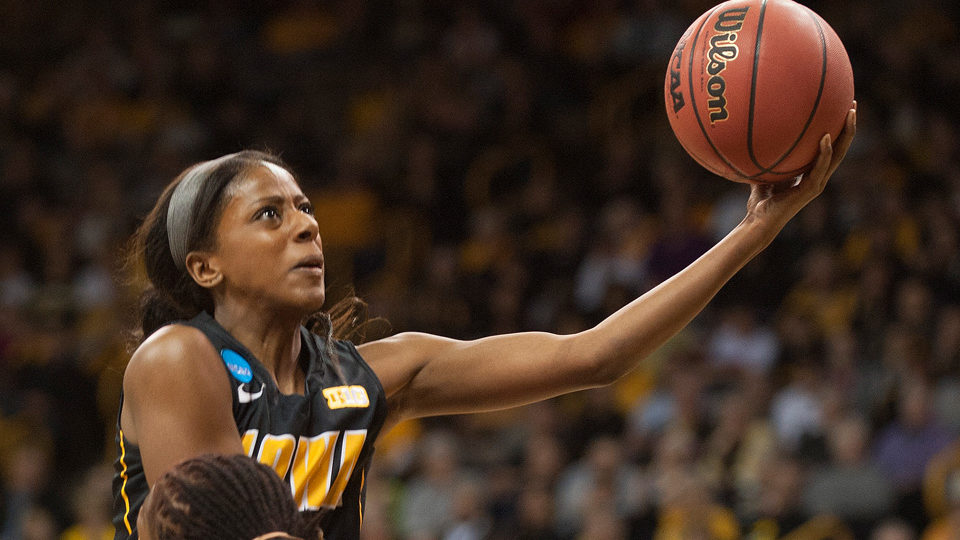 Junior Samantha Logic and senior Theairra Taylor have been named captains for the 2013-2014 season for the Iowa women’s basketball team. Both are returning starters and both started all 34 games last year.

“Theairra and Samantha are exceptional leaders and will serve as terrific role models for our young players.” Lisa Bluder said in a press release from Iowa Athletics.

This doesn’t come as much of a surprise, as Taylor is the lone senior on a team with seven underclassmen. Taylor has come back from three ACL tears and is in her fifth season with the Hawkeyes. She was voted most improved player from ’12-’13 by the team.

Logic was the clear leader of the floor, breaking the Iowa assists record last year with 217, more than double the next one on the team. Logic’s real skill-set comes from her rebounding, she was second in total rebounding on the team. She is the leading returning rebounder, as the point guard.

This decision by Coach Bluder is very expected, Logic and Taylor proved last year they were capable of stepping up when the team needed them. With the loss of Jaime Printy and Morgan Johnson, Iowa needs two emotional leaders to step up for the team and Logic and Taylor should fill the spot well.

Logic is poised to be an emotionally leader solely based off her will to rebound. She brings a certain energy to the floor on both ends. Logic was a very good choice for Bluder to make.

As the lone senior, this is expected of Taylor and she should fill the role well. After going through last season without any more injuries to her knees, Taylor should be healthy this season as well.

All in all, good captains for the team. They should be able to provide the emotional void left by Printy and Johnson.