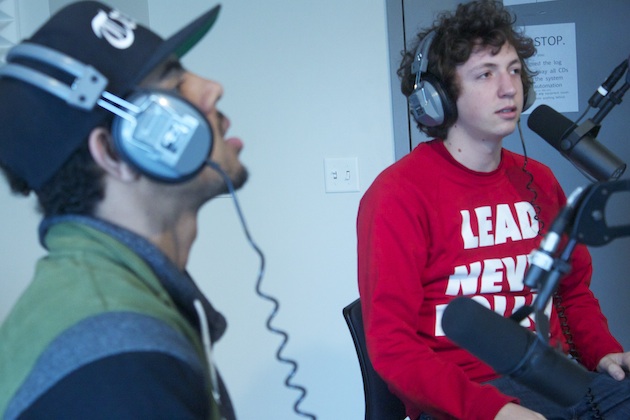 
Kids These Days, or KTD, a band still in a transitory albeit incredibly promising state, is taking the music scene by a charming spell. Performing at The Mill on the 25th of February, the heartening turnout proved that this band is definitely one to look out for as they continue to carve a name for themselves beyond the Midwest area. With a bunch of fans from Chicago evident for the night, many did not hesitate to give their support to this band from The Windy City and it doesn’t take long to
realize how these Chicago-breds have established themselves in their home city.

Chasing Shade, a local Iowa City band that is also quickly establishing itself in the local music scene, opened for the night and was warmly acknowledged and received. Their rendition of Justin Timberlake’s ‘What Goes Around Comes Around’ managed to set a fun mood as the crowd of students, grateful to be out celebrating life on a Friday, cheered and danced, buzzed by the prospect of a night of exciting live music.

However, the real winners of the night would no doubt be KTD. Being a young band in the same age group as the most of us, these kids reflect an impressive amount of gait as a collective whole and one wonders how they manage to weave together such a dynamic group in an oftentimes-fluid manner without any major hiccups along the way. With two horns, a blues-rock trio, a soulful female voice and a rapper, the possibility of evenly distributing parts and making it sound even is definitely worth a salute, impressive a feat as it is. Doubtless, a lot of practice has been invested; at times, the patchiness of the large number of people in the band is apparent but the end work, nevertheless, always manages to shine and is heavily appreciated by all listeners, allowing any minor glitches to pass for a band that’s achieved a lot (remember them from performing at Lollapalooza, anyone?) for its age.

Crowd-pleasers such as “Hard Times”. “Summerscent” and “Darling” were performed by the band. In a surprising turn, the band even sampled the music from The Pixies’ “Where Is My Mind?” as rapper Vic Mensa rapped to it. The crowd responded by enthusiastically waving their hands and singing parts they knew to the song.

The band’s strongest appeal is in managing to invoke a contagious amount of energy throughout the crowd. As everybody broke out dancing amidst the sound of blaring horns and Liam Cunningham’s blues-y singing, you can’t help but notice the big smiles and energy as sweaty strangers giddily acknowledged each other. The energy was pulsating, leading to the point of even crowdsurfing at one part.

Good company, good music, and good smiles were all abound as the strange concoction of jazz, blues, rap and youthful energy proved to be the chosen accompaniment of the night. it was certain that the overall mood of the night was sealed, and sealed by KTD it was, as everybody realized that got all they wanted for from a Friday night at the full worth of the affordable ticket price.

One response to “Review: Kids These Days”